This exact combo is available on this 1968 Camaro barn find, up for grabs through Facebook Marketplace for $18,000. According to the ad, the seller is also willing to trade, but only with a Mustang from the same year or a Chevelle.

Would this car have been considerably more desirable had it had the RS package or the SS performance package? Certainly. Same if it was a Z/28 model, I mean, forget about it! 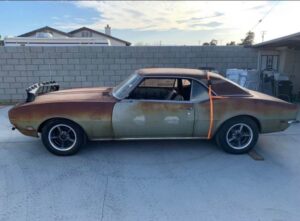 Regardless, this is still an iconic car, and people looking for one, who don’t mind a full restoration project will probably be interested in this ad. Let’s go through some of the highlights of 1968MY Camaros, starting with the styling.

These cars were similar in appearance to 1967 models, but didn’t have those side vent windows after the introduction of Astro Ventilation (a fresh-air inlet system). Also new were the side marker lights, while the front grille was a little pointier and the taillights were divided in the middle.

The engine on this particular vehicle is a rebuilt 327 ci small-block unit (5.4L V8), mated to a new TH350 three-speed automatic gearbox – we absolutely love the U-handle shifter. 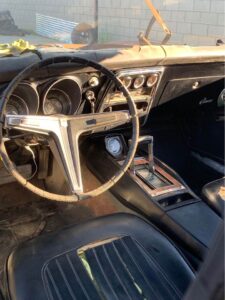 Other positives with regards to this Camaro are the new suspension, new disc brakes at the front (new drums at the rear), as well as new bushings.

There’s clearly a lot of work to be done with this car, but it shouldn’t cost all that much to get it in proper running condition. As for the visuals, while it probably won’t bankrupt you getting this classic Chevy to look good again (or at least decent), some patience will definitely be needed until such a project can be finalized.