Gina Carano re-visitations of 'The Mandalorian' and Twitter has blended sentiments: 'I'm so frantic' 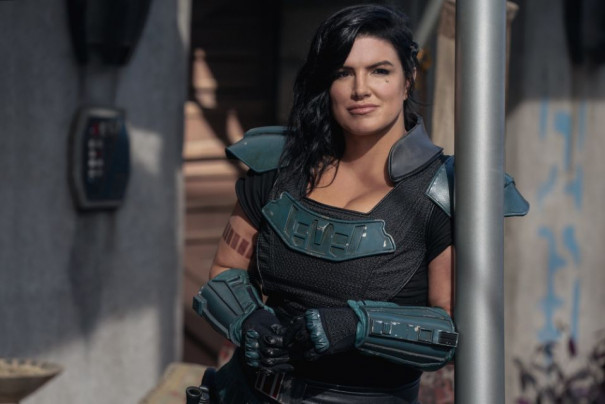 Cautioning: This post contains spoilers for the most recent scene of The Mandalorian.

The Mandalorian's date with Clone Wars fan most loved Ahsoka Tano must hang tight for one more week... or then again two. On the way to the Jedi-prepared champion's present area on the backwoods moon of Corvus toward the start of the most recent scene, "The Seige," Din Djarin (Pedro Pascal) and Baby Yoda had to make a refueling break on the Outer Rim planet Nevarro for vital boat support. On the in addition to side, that delay permitted them to rejoin with certain friends in-arms: Mando's previous chief, Greef Karga (Carl Weathers, who likewise coordinated the scene) and soldier of fortune turned-Marshal Cara Dune (Gina Carano), one of the breakout characters from the show's first season.

While Din and his minuscule green voyaging partner were all grins at seeing Cara Dune once more, Carano's return got an unequivocally blended reaction among Star Wars being a fan. As of late, the entertainer and previous MMA star has utilized her Twitter channel to communicate progressively disruptive perspectives about issues going from the ongoing official political race and the utilization of trans pronouns, to COVID limitations and drop culture. This previous week, Carano declared that she was joining the traditionalist online media stage Parler, following the lead of such conservative observers and lawmakers as Ted Cruz and Sean Hannity.

In any case, Carano hasn't altogether deserted Twitter. At the point when "The Seige" dropped on Disney+ overnight, she expressed gratitude toward Weathers for the "gigantic honor" of acting close by him in a scene he coordinated. The Rocky star answered in kind, stating, "You realize I believe that is no joke."